We all know the importance of reliable data in the decision making process. Based on Nimway analytics, you can make data-derived decisions on how to optimise your workplace. Our in-house analyst team can also provide deeper analysis on request.

Our analytics tool helps you make sense of the data and make decisions based on the facts. You can easily see if you have enough meeting rooms or desks, which type of rooms people like best, and how that changes over time.

The graph shows when one customer’s walk-in rooms were used the most (peak occupancy). Prior to introducing Nimway, peak occupancy barely reached 60%. After Nimway was introduced, more employees were able to find a walk-in room when they needed it. The result was that peak occupancy reached 75% only weeks after release. To achieve the same positive effect by building more walk-in rooms would have required the construction of 12 new rooms.

For meeting rooms, Nimway collects booking information as well as actual occupancy data. These metrics are valuable on their own, but are even more powerful when combined since they unlock another dimension. You can see how much a bookable room is being used without being booked and – maybe even more importantly – how much a room is booked but not used. This type of waste can be minimised by reconfiguring the Nimway system to ensure a suitable room is always available when your employees need one. 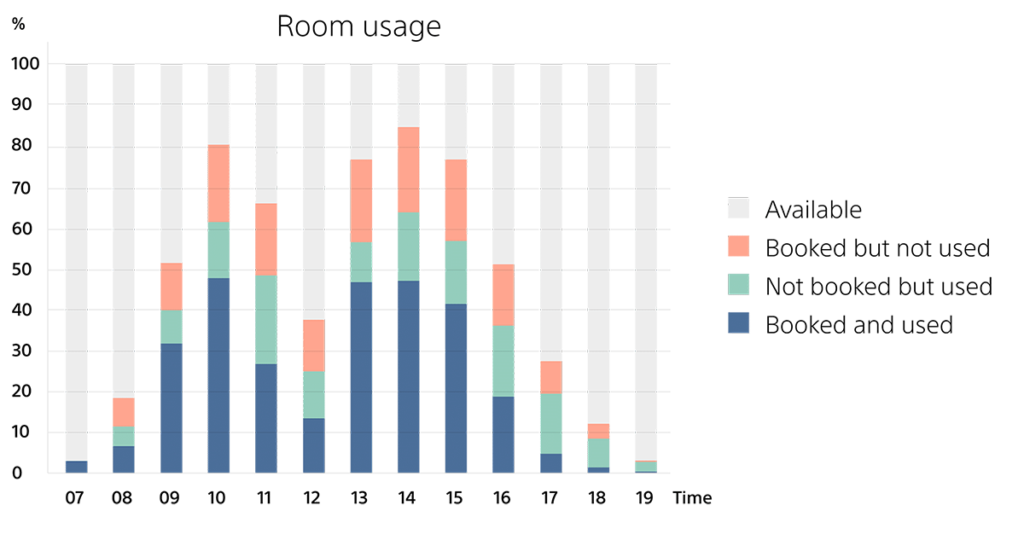